Electronic Arts are coming back to Steam, it has been announced.

EA have been notably absent from Valve’s storefront ever since they launched their very own store, Origin, eight years ago. The first new game that EA will be flogging on Steam will be Star Wars Jedi: Fallen Order, which was opened up for pre-orders on Valve’s platform as of today ahead of its release on Friday 15th November.

Some big news for you. EA Games are coming back to Steam and it starts with #JediFallenOrder. More games are on the way, along with EA Access. pic.twitter.com/EWjci6RYmN

Moving forward, EA is also looking to bring its subscription service, EA Access, over to Steam too. To accomplish this, EA are working on bringing a number of their existing games over to the popular storefront; The Sims 4 and Unravel 2 will be making their way to Steam in “the coming months”, while a number of blockbuster titles such as Apex Legends, FIFA 20, and Battlefield V will arrive on the platform next year. Speaking on whether the normal benefits of EA Access which apply to console players or Origin users will also be available on Steam, EA’s Senior VP Mike Blank told GamesIndustry.biz:

“We anticipate that the core benefits of the subscription service as it exists on Origin or Xbox or PlayStation will be the same as those which you would get on Steam. And when I say the core benefits, I’m talking about things like early access, the 10% discount, or that catalog of games that you might see on EA Access today on Xbox or on PlayStation 4.”

The two storefronts, Steam and Origin, will still act as different platforms, which means you can’t transfer your game over from one to the other, but players on different platforms should be able to play with each other, which is great news for all involved. Speaking on that front, Blank said:

“We want to make the experience for players who want to play their games on Steam or Origin as frictionless as possible, so we’re working towards connecting our accounts together as well as enabling players to play together across both Steam and Origin so they can play the games with the people they want to play with regardless of which platform they play on.”

Looking even further down the line, Blank didn’t rule out bringing EA games to even more platforms such as the Epic Games Store, saying:

What do you think the future will hold? Let us know in the comments below. 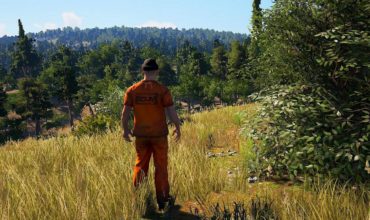