In some absolutely heartbreaking news for badass demon slayers everywhere, Doom Eternal has been delayed until Friday 20th March 2020.

That means that Doom Eternal, which was originally planned for release on Friday 22nd November 2019, will now launch on the same day as Animal Crossing: New Horizons. To channel my inner Chandler Bing for a second, could there be two games that are any more different?

The delay was announced by id Software over on Twitter earlier today, who said:

“To make sure we’re delivering the best experience – for DOOM Eternal to live up to our standards of speed and polish – we’ve made the decision to extend our launch date by a few months to March 20. 2020. We know many fans will be disappointed  by this delay, but we are confident that DOOM Eternal will delivery a gaming experience that is worth the wait.”

The delay is even bigger for Nintendo Switch players, as id also announced that the game will release on Ninty’s console after the other platforms on a currently unspecified date, having previously been slated for release on the same day. DOOM 64, which was originally believed to be a pre-order bonus for Nintendo Switch version, will now be a pre-order bonus for all platforms and it will become available on the day of Doom Eternal’s release. Today’s tweet also confirmed that the games Invasion Mode, which will allow you to enter another players game as a demon, will be added to the game as a free update “shortly after launch”.

An update on DOOM Eternal: pic.twitter.com/2LWrfh6e4Z

Doom Eternal is the sequel to 2016’s fantastic Doom, which rebooted the franchise with great results, offering fast-paced, over the top action that was an absolute blast to play. A sequel has been much anticipated, so this delay will be disappointing to a lot of players, but as we always say here at BuffNerfRepeat – better to have a game delayed and then released in a finished state than have it released earlier in a complete mess.

Doom Eternal will now release for PC, Xbox One, and PS4 on Friday 20th March 2020. The Nintendo Switch version will release at a currently unspecified later date, but we’ll keep you updated as and when that information becomes available.

Doom Eternal gets a new trailer 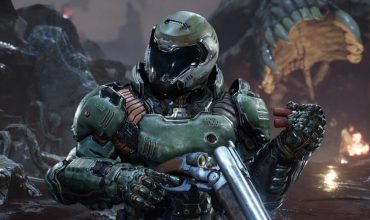