If you’ve fancied checking out Dead or Alive 6 but have been put off splashing out for the game by its somewhat mixed reviews then I have some good news for you – Dead or Alive 6: Core Fighters, the free-to-play version of the game, is now available to download, just two weeks after the games release.

That’s a remarkably fast turnaround from Koei Tecmo and Team Ninja to offer a free version of the game already, and it does make me wonder about just how well (or poorly) Dead or Alive 6 has sold since its release at the beginning of the month. Dead or Alive 6: Core Fighters will give players access to four characters: Kasumi, Hitomi, Diego, and Bass, across a number of modes, including Versus, Arcade, Time Attack, Training, DOA Quest, and Online Ranked Battles. You can also check out the introduction to the story mode, but if you want to play the full thing then you’ll have to shell out some cash.

If you start to play and decide that you want to part with some hard-earned money to unlock more content then you can do. More characters are available for £3.29 each, or you can buy the Male Fighter Set and the Female Fighter Set for £28.99 and £32.99 respectively, or you can get the complete character set for £49.99. The rest of the story mode, meanwhile, will set you back £15.99.

It’s a good move from Koei Tecmo and Team Ninja as its sure to bring more players to the game, and it’s also good for players as it allows you to essentially only purchase the parts of the game that you actually want. Please use your brain and do the math though – if you decide that you’re going to buy the full character set and the story mode then you may as well just buy the full game for £54.99 on Steam, or you can get it for £35-£40 on consoles.

Dead or Alive 6: Core Fighters is available to download for free right now on PC via Steam, Xbox One, and PS4. 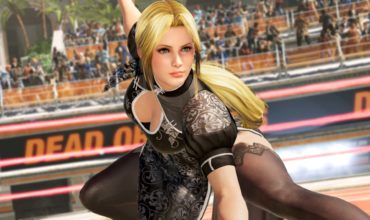