The heartbreaking news has just been announced by the developers over on Twitter, in a post that confirmed that while the game is finished and playable, more time is needed to finish playtesting, fixing, and polishing. CD Projekt Red say that they want Cyberpunk 2077 to be their “crowning achievement this generation”, which would be some achievement considering the enormous success of The Witcher 3, and they feel that postponing the games release will give them the “precious months” needed to “make the game perfect”.

We have important news regarding Cyberpunk 2077’s release date we’d like to share with you today. pic.twitter.com/aWdtR0grYV

While we always say that we would rather see a game get pushed back than have it released in an unfinished state, this delay is a particularly tough one to take given just how excited we are for Cyberpunk 2077. We recently named Cyberpunk 2077 as our most anticipated game of 2020 in our End of Year Awards 2019 where it beat Halo: Infinite to the accolade. Cyberpunk was originally due to land in just four months time, but this delay now means that we have to wait nine months until we can get our hands on the game. Still, I’m sure it will be worth the wait. I’m off to have a little cry. 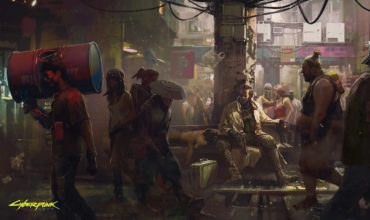