According to a new website for the game, which is currently named Project Resistance, a teaser trailer which will reveal the game will go live at 4pm UK time on Monday 9th September. That is just three days before the Tokyo Game Show which runs from Thursday 12th September until Sunday 15th September, and attendees of the event will be able to get a look at some gameplay footage of the new game at Capcom’s booth at various times throughout the weekend. Also, residents of Japan who are attending will be able to play the game “by advance registration”.

In terms of what exactly the game will entail, Capcom are keeping their lips tightly sealed on that front, but as usual, eager gamers who aren’t willing to wait for the trailer have been doing their best to find a way to get their hands on some information and they’ve found a pretty handy way of doing so. Users on Reddit worked out that putting the URL of the livestream into a YouTube thumbnail grabber throws up the following images from the teaser, as shown below by Twitter user Nibellion:

Someone found tiny Project Resistance thumbnails from the YouTube linkhttps://t.co/Wxczi0iKsl

Definitely looks like a 4-player coop multiplayer game to me pic.twitter.com/Ao40th9WLY

Now, obviously these small blurry images don’t actually confirm any details, but the fact that they show various images of different survivors has led to players speculating that the game will be a co-op survival game similar to 2003’s largely forgotten Resident Evil Outbreak, which gained somewhat of a cult following on the PlayStation 2.

Some form of four-player co-op survival similar in style to the likes of Left 4 Dead and World War Z is a logical conclusion to draw in my opinion, but we’ll have to wait for a week and a half before we get any official confirmation when the teaser trailer releases on Monday 9th September. 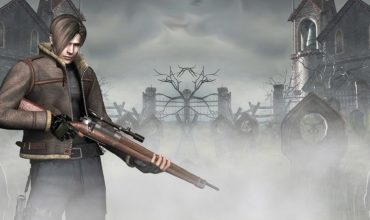 Three Resident Evil games are coming to the Switch in May