So, Call of Duty have decided to cash in on the latest craze and incorporate a Battle Royale mode into their game. Is this lazy development? Probably. Is it a terrible idea? Probably not. It makes sense to try and deliver people what they seem to be interested in, but does it belong in a Call of Duty game? That remains to be seen.

Black Ops 4’s Battle Royale mode is seemingly only going to have 60 players according to the Xbox One store listing for Black Ops 4. That seem a bit strange I suppose, considering that every other battle royale mode is 100 players, but I guess they have to do something to at least try and stand out from the pack.

It has made me think, however, how else could they make it any different from PlayerUnknown’s Battlegrounds or Fortnite? I personally can not see what they will do other than make a PUBG/FN clone but with a Call of Duty skin over the top.

Afterall, how can you make a game of 100 (well, 60 in this case) players fighting every-man-for-themselves style against each other any different or original, other than just changing the in-game items and leaving the mechanics basically the same? I’m sure we have all been to Nuketown before (screw you Nuketown, you sweet, sweet, beautiful nightmare of a chaotic, awful, amazing map), which at times can feel like you’re in a damn battle royale anyway, so how will Black Ops 4’s ‘Blackout’ mode feel any different other than being on a larger scale?

It feels a lot like the success of Fortnite has made developers start changing their minds regarding just incorporating standard Team Deathmatch or Ground War type game-modes into their games and lean more towards battle royale; Activison have never been ones to shy away from rinsing us of our money with paid DLC or micro-transactions, so they will for sure be also capitalising on this, I just hope that they do something really original and change it up a bit because personally Fortnite and PUBG are both starting to throw gimmicks into the mix now to try and keep them alive.

If you asked me to give my opinion on what Activision will do, or at least what I god damn hope they will do it is this…

Infact, if I’m completely honest, I may have just talked myself out of thinking that it’s going to be a boring run-of-the-mill battle royale mode. Call of Duty already has the foundations of a solid, polished, consistent FPS with a massive following, so if they can take the basics of their game and tweak them to fit into new territory then Black Ops 4 “Blackout” mode could be an absolute blast.

Treyarch is nerfing armor in Blackout 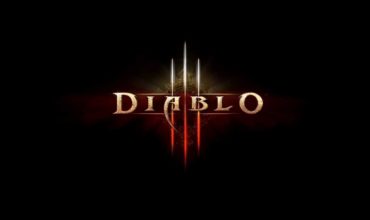