Sadly, there’s been a lot of talk about people not attending this years E3 lately, so it brings me great delight to inform you that Bethesda has confirmed that they will be involved.

Bethesda announced their involvement in a blog post earlier today, in which they also confirmed that their showcase will take place at 5:30pm PT on Sunday 9th June, which will be 1:30am GMT on Monday 10th June – I better get some energy drinks in. Bethesda are promising an “in-depth look at DOOM Eternal”, which should be lovely and gruesome, plus “much, much more.”

So, what can we expect to be included in that “much, much more”? Hopefully we’ll get some more information on the upcoming co-op shooter Wolfenstein: Youngblood, and I have my fingers crossed that we may get some more details on space-RPG Starfield and The Elder Scrolls 6. Both games are some way off yet, but with very little details about either having emerged since they were first announced, E3 seems like a logical place to do so. Bethesda may also use the showcase to try and further restore some dignity to Fallout 76 with some developments for the game, and some details on post-launch content for Rage 2 (which releases a month before the showcase) is also likely.

As always, Bethesda is inviting fans to the event, and they are planning to invite even more fans this year, with official invitations and details on how to register for a chance to attend coming soon. If you’re going to be watching it from the comfort of your couch then there are a variety of ways to watch, as the showcase will be broadcast live on Twitch, Mixer, YouTube, Twitter, and Facebook Live.

Of course, if you’re unable to watch any of those live streams then fear not, as we’ll be bringing you all of the news to come out of E3. 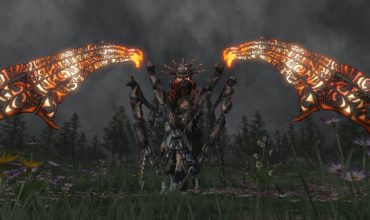