Calling all Xbox One players – you can currently grab last years third installment in the rebooted Tomb Raider franchise, Shadow of the Tomb Raider, for £9.99 over at CD Keys.

That represents a saving of around 80%. The game is currently selling at £54.99 at GAME and on the Microsoft Store, so save yourself some wonga and bag a bargain. While never quite reaching the tremendous heights of its predecessors due to its reluctance to try anything new, the game is still thoroughly enjoyable and is well worth a tenner if you need a new game to occupy your time. In my review of the game, I said:

“Shadow of the Tomb Raider is at it’s brilliant best when it simply lets us do what we signed up for – platform, raid tombs and solve puzzles. The games most memorable moments often come away from the main story, when you’re on your own, with no enemies to face in optional Challenge Tombs. What this all ultimately means is that Shadow of the Tomb Raider is an enjoyable yet slightly disappointing end to this origin trilogy, largely in part due to its poor story and its reluctance to try anything new. Despite this, I did still enjoy my time with the game, particularly its emphasis on puzzling and stealth combat. The game is still absolutely worth a purchase—particularly if you’re already a fan of the series—and it will give you a solid 15 hours of gameplay if you’re only interested in the main story, or a possible 25 hours if you’re a bit of a completionist.”

There is a cheaper alternative to this, however. If you don’t currently subscribe to the Xbox Game Pass then you can currently get your first month for just £1, and if you’ve subscribed to the Game Pass previously then another month will only cost you £7.99. Shadow of the Tomb Raider is available on the Xbox Game Pass, so playing the game through the subscription service will work out cheaper no matter what.

If you prefer to simply buy your games outright however, then head on over to CD Keys and treat yourself. You deserve it.

Shadow of the Tomb Raider’s first DLC is The Forge 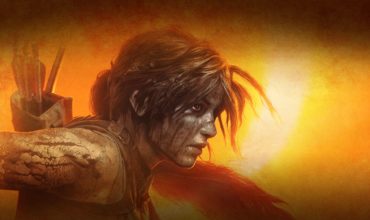