It feels like just yesterday that I was swinging around the city saving good guys from bad guys. Would you believe that it’s been over two months already? How time flies when you’re Spider-Man (and Arthur Morgan). If you’re not bored of Spider-Man’s somewhat repetitive combat mechanics yet then there’s good news, new DLC is on the way and it will be released next week!

The new DLC is called Turf Wars and it will debut on Tuesday 20th November. It will, of course, include new missions for you to play as well as new enemies, including a new supervillain to do battle with – Hammerhead. In Turf Wars, your friendly neighbourhood Spider-Man will team up with Yuri Watanabe to try and stop the turf wars (how apt, eh?) that are taking place on the streets of New York City, as our steel-headed mobster foe looks to gain dominance of the streets. The official description for the DLC from a PlayStation blog post reads:

“Hammerhead — the organized crime boss known for his obsession with the mob’s glory years and a cranium surgically enhanced into a deadly weapon — has declared war against the other Dons of the Maggia, and are using equipment left by Sable International during its occupation of Marvel’s New York. Spider-Man and Yuri Watanabe will have to team up to put an end to the violence that has erupted in the streets of the city.”

Turf Wars will also add three new suits into the game, namely the Iron Spider Armor (I wonder what that is inspired by?), the Spider-Clan Suit from the Marvel Mangaverse comics, and the disgracefully-badass looking Spider-Armor MK I.

Turf Wars will also feature new bases, crimes, challenges and trophies. Turf Wars can be bought as a standalone DLC for £6.49, or you can get the Season Pass for £15.99.

The next piece of DLC for Spider-Man—named Silver Lining—is due out at some point in December. 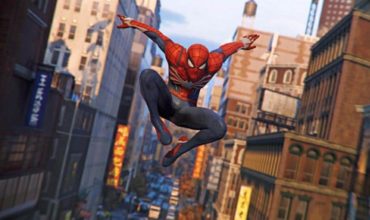