Now don’t get us wrong, Odyssey looks great, but it’s hard not to be a bit concerned. Luckily though, Ubisoft CEO Yves Guillemot has allayed some of our fears by confirming that the reason we have two games in consecutive years is because Origins and Odyssey were developed by two different teams at the same time. He also confirmed that there will be no Assassin’s Creed release in 2019 as Ubisoft continue to support Odyssey with post-launch content.

As he continued, it became clear that Odyssey would be full supported for a long time after launch: “What you’ll have is lots of content coming on [Odyssey]. The team really want to give, on a regular basis, some new possibilities for play, so when you get [Odyssey] this year, you’re going to get in for a couple of years, actually.”

It’s great news to hear both that Odyssey will be supported with a raft of post-launch content and that the series will be taking a year out again to (hopefully) deliver us another stellar title in 2020. As much as we love games, we’re firm believers in quality over quantity; less frequent releases of higher quality games is definitely the way forward.

Assassin’s Creed: Odyssey releases on PS4, Xbox One and PC on October 5th. 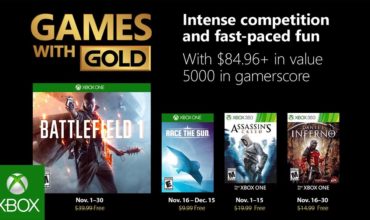