A couple of weeks back, news broke that The Walking Dead creator Robert Kirkman’s Skybound Games had stepped in to save the final two episodes of The Walking Dead: The Final Season. This came as a huge relief to fans of the series, after a turbulent period in which Telltale Games closed its doors for the final time.

In even better news for fans, it now seems as if we will be getting those final two episodes a lot sooner than anticipated.

Skybound CEO Ian Howe took to reddit to answer concerns and to set fans minds at ease regarding the conclusion of Clementine’s saga. It seems that, despite the recent issues, The Final Season is indeed going to be released, and should actually arrive by the end of 2018.

The Skybound CEO stated that: “Given that you guys have been so supportive and patient, I’m going out on a limb and will say, yes, I fully expect Episode 3 to be this year and I’ll be very disappointed if we can’t make that happen.”, It seems that a more precise release window won’t be announced until after Skybound know for sure exactly which former members of staff from Telltale will be working on finishing the series, as Howe continued “Quite simply, some of the team have already been offered new opportunities (which is a really good thing) so we’re still figuring out who is available and who isn’t,”.

We’re both surprised and relieved that The Walking Dead is possibly going to be wrapped up before the years out. The last thing that fans would have wanted after everything that’s happened would have been a huge gap between episodes. Let’s hope that enough of the original development team head over to Skybound and help finish this project off the right way, and give The Walking Dead the finale it deserves. 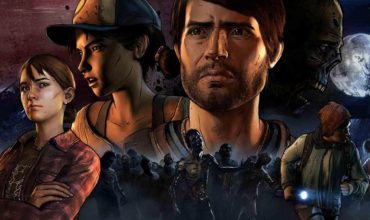