The games have now been confirmed as being named Pokemon Sword and Pokemon Shield, and as we already know, they will release exclusively for the Nintendo Switch in late 2019.

The presentation was incredibly brief, but it did show off the location for the game, which is a region known as the Galar region, which will feature “contemporary cities”, plenty of greenery across “vast plains” as well as “craggy, snow-covered mountains”. It also looks rather industrial in places, with plenty of steelworks on show.

We also found out about the starter Pokemon that players will get to choose from: the chimp Pokemon “Grookey” who is full of “boundless curiosity”, the rabbit Pokemon “Scorbunny”, who is always “bursting with energy”, and the water-lizard Pokemon “Sobble”, who is a “bit timid”. Not very cool, is it?

Pokemon Sword and Pokemon Shield will release exclusively for the Nintendo Switch in late 2019. 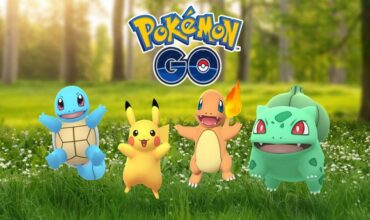