No Man’s Sky Beyond is now live on all platforms and fans have been hugely impressed with the sheer size of Version 2.0. Beyond has added everything that was teased over the last few weeks, but it’s the smaller changes that’s really got the community talking.

Let’s take a look at some of the features we were already aware of and then get into why the smaller quality of life improvements have gone down so well with explorers.

Hello games have said numerous times that VR support was the most requested feature for No Man’s Sky, so it makes sense that the inclusion of it is the headline act. VR is available on both PC and PS4, with the experience allowing players to switch seamlessly between VR and standard gameplay. Impressive.

Multiplayer has been improved massively with the Space Anomaly supporting up to 16 players on all platforms. The player count has also been increased throughout the universe, which will see numbers increase from 4 to 8 players on console, and from 4 to 32 players on PC.

One of my early criticisms of No Mans Sky was how disjointed the story was. Thankfully these issues have been address in Beyond with improved story content, tutorials and missions. These improvements have been aimed towards players visiting No Man’s Sky for the first time, or for those no playing in VR.

The Space Anomaly is now the games all new social hub. Here players get to see and meet other players, as well as undertake missions together. The most exciting part of this new hub however is The Space Anomaly’s powerful teleporter. By using this teleporter, players can visit each others bases directly from the Anomaly, there’s also a cool feature that will show off some of the more impressive base building in the community and allow players to visit it.

New multiplayer missions have been added to the game. These mission are accessed from the Nexus, which is located aboard the Space Anomaly. You can complete these mission with friends or by using the new matchmaking tool. Explorers will earn rewards such as special customisations and building parts by completing these new missions.

Encountering random aliens was never that exciting in No Man’s Sky. Most would be standing still with repetitive dialogue. With Beyond however, more than 60 new dialogues are available from alien NPCs encountered in planetary facilities. These NPCs will feature their own mini stories and missions, as well as improved animations and moods in response to how a conversation is going. NPCs now even walk around a little, interacting with their environment as well as responding to gestures from players.

Perhaps the coolest addition to the game is the ability to tame creature with bait in order to ride them! Now in Beyond, finding a planet with interesting inhabitants becomes much more important and interesting than it was before.

Why stop with riding tamed creatures when you can harvest them too! These harvested creatures will grant explorers useful cooking ingredients such as milk and eggs.

Playing No Man’s Sky in the past was always a bit of a chore. From overheating mining beams to annoying Sentinels, it often felt like the game was doing it’s best to spoil your fun. Thankfully nearly all of the common gripes players have had with the game have been improved upon.

Here’s just a small selection of my favorites, pulled straight from the patch notes:

These QOL changes may be small but they make a hell of a lot of difference to the player experience. Add these to the huge list of new features included in Beyond and you have one of the biggest free updates for a game I’ve seen in quite some time. I can’t wait to jump back in!

No Man’s Sky’s Beyond is out today on PC, Xbox One, and PS4.

No Man’s Sky is getting VR support this Summer 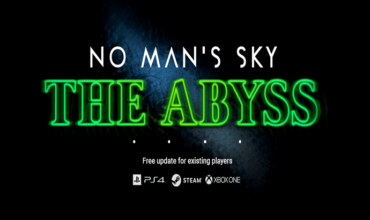