We finally have a Nintendo Switch release window for 11 Bit Studios Moonlight. The shopkeeping, rogue-lite RPG has a November date locked in, and we can’t wait to experience this unique little gem on the go.

No actual release date has been announced yet, just that the game will launch on the Nintendo eShop. We’re guessing this means that no physical copy of the game will be released on the Switch, unlike its PS4 and Xbox One counterparts.

If you’re unfamiliar with Moonlighter, allow me to enlighten you. Moonlighter was originally released on PC, PS4 and Xbox One on May 29, 2018 to a favourable reception. The game has a unique and charming feel to it, combining elements of rogue-lites with more traditional dungeon crawling RPGs. Whack on an awesome shopkeeping mini game, Stardew Valley-esque visuals and a catchy soundtrack,and you can see why this game became a surprise hit earlier in the year.

Moonlighter has you following a strict gameplay loop of dungeoning for loot, then selling that loot in your shop, accumulating money that you then use to buy and upgrade your own inventory. You can then upgrade your character enough to dungeon just that little further each time. Several updates have improved the game since its release, which has seen its user scores on Steam steadily improve. You can expect the latest and most updated version of the game to be released for Switch at launch, with future updates and content on the way.

Moonlighter is a very addictive game with a charm thats fits a Nintendo system perfectly. We fully expect it to be a massive hit in a few months time. The future looks bright for Moonlighter. 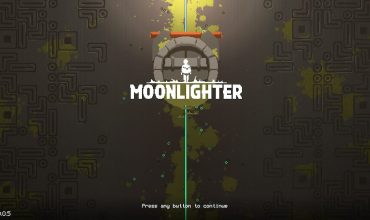