Listen up kids. Everybody cocks up from time to time – when you do, all you can do is acknowledge your mistakes, apologise for them and put them right. DICE is doing just that.

Yes, DICE are doing a u-turn like Usher and rolling back the changes they made to Battlefield V’s time-to-kill last week. Those aforementioned changes increased the games TTK, with DICE feeling that players were dropping too fast. It was a change designed—by DICE’s own admission—to make the game more enjoyable for new players. I get that – trying out a new game only to die instantly over and over again without having a chance to react does little but persuade you to put the game back in the case and back on your shelf to collect dust.

The problem with the change was that it took things from one extreme to another, with a large majority of players reacting angrily and complaining that the TTK was now too long, sometimes ridiculously so. DICE responded to this by creating a new playlist—Conquest Core—which allowed players to compete with the TTK set at their original values, seemingly giving players the choice of playing conquest with whichever TTK they preferred. More complaints flooded in, and understandably so, with serious concerns over how much this would split the player base. It’s a very fair complaint – wasn’t Battlefield V’s games-as-a-service approach intended as a way to stop the player base from being split in the first place?

So, here we are, just under a week later, with DICE backtracking on their changes and setting the TTK back to where it was in the first place, posting an apology to the community at the same time. Referring to the TTK changes, DICE said:

“After rolling out those changes last week, we’ve listened to your feedback, reviewed our statistical data, and have made the decision to return to the original TTK values seen at launch.

Our intent with the TTK changes was to see if we could evolve the Battlefield V experience and make it more enjoyable for new players, whilst also making sure the Battlefield vets have a choice with a more “core” experience suiting their preferred play-style. Clearly we didn’t get it right. Veteran players didn’t ask for the change, but as game developers, we took it upon ourselves to make those changes based on extensive data and deliberation. It truthfully wasn’t an easy decision for us.”

As they continued, DICE acknowledged the struggle they have had attracting new players to the series. Battlefield is a difficult game to get to grips with for a newcomer, with a large community of fiercely experienced players ready and waiting to take them out in an instant:

“It’s important to acknowledge that we have a challenge bringing new players into Battlefield V and onboard them to become more experienced Battlefield players. It’s been a challenge across our games for a long time, as many will know, and becomes even more important for us to improve upon our post-launch experience with consistent updates to the game through the Tides of War. Our desire to service a game that caters to old and new players will continue. How we get it right isn’t easy, nor will it be quick, and we appreciate when the community comes together and helps us on this journey.”

They made a mistake, but it’s great to see that DICE are listening to fan feedback and reacting to it to put things right. The TTK changes have now been reverted back to normal, and the Conquest Core playlist has been removed. 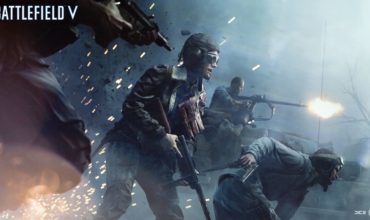